The Two “Worst Manholes” in Montgomery County, Ohio (near Dayton) 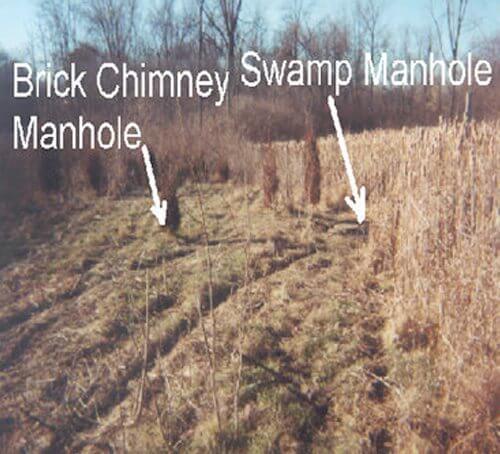 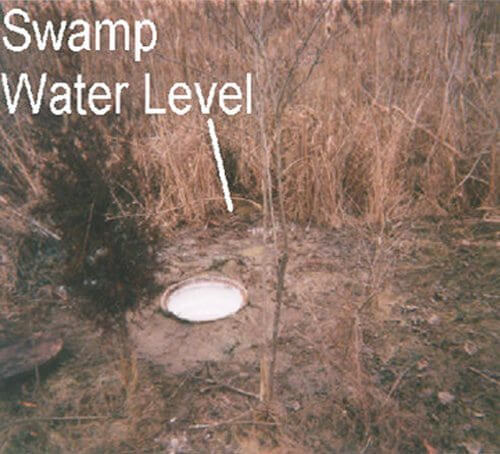 Notice the improvement in visual inspection ability after SANI-TRED! 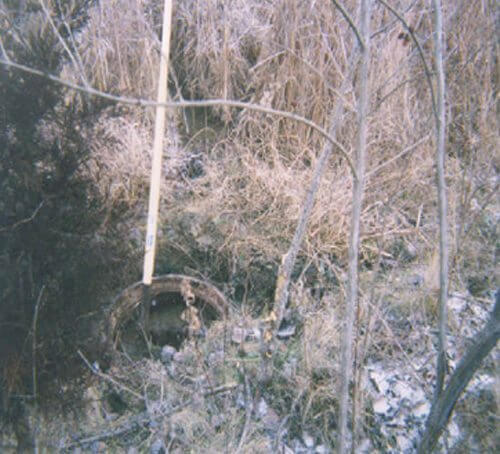 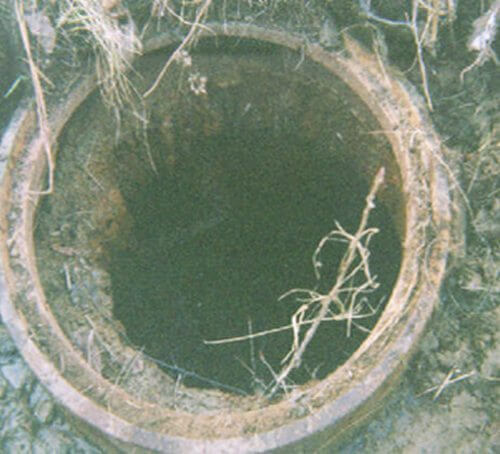 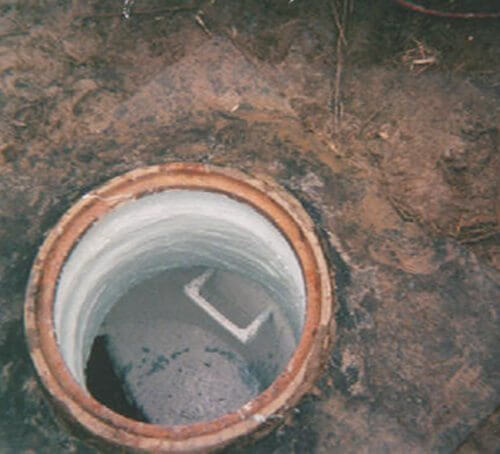 A Swamp Manhole Difficult to See,” Could Hear the Inflow” Under the Lid Ring Casting

This manhole had a swamp fed constant  inflow estimated at over 15 GPM! The annual inflow of this single  manhole was over 7.8 million gallons! The cost to treat this amount of ground water caused by just this single leaking manhole must have been staggering! 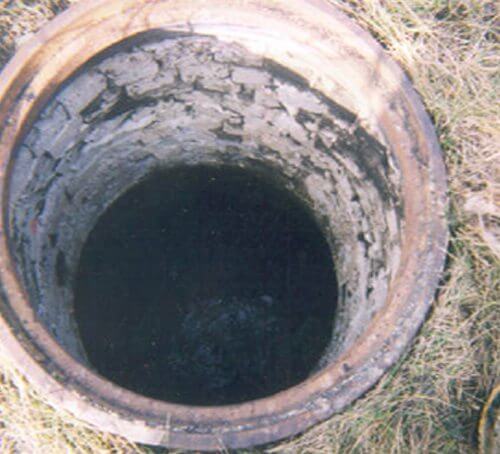 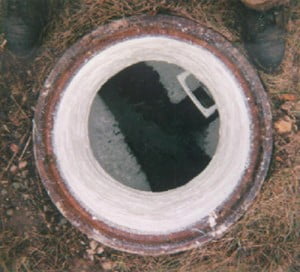 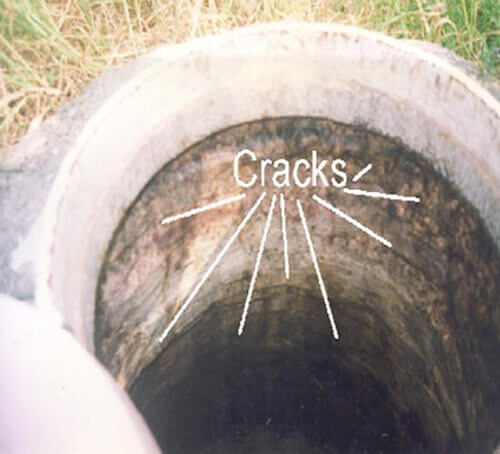 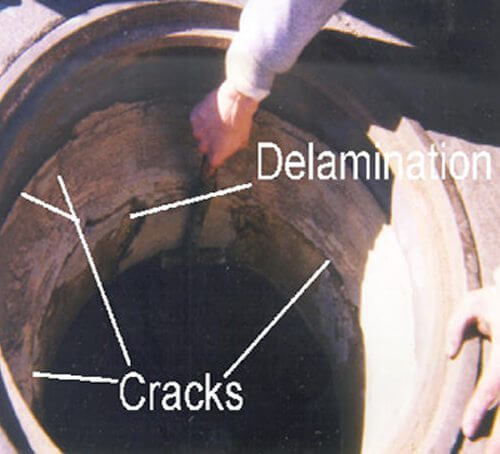 Rigid cement based patching or profiling materials can’t effectively seal upper adjustment ring sections, inside or outside manholes, due to fractures caused by  freeze-thaw cycles and vehicle traffic vibration-pounding. Notice the dark colored fungus growing on the cement based products making internal inspection difficult at best. 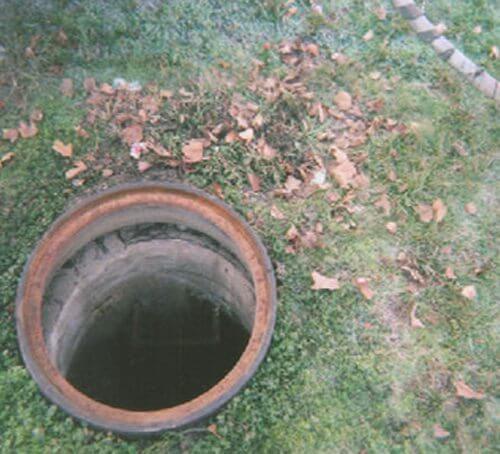 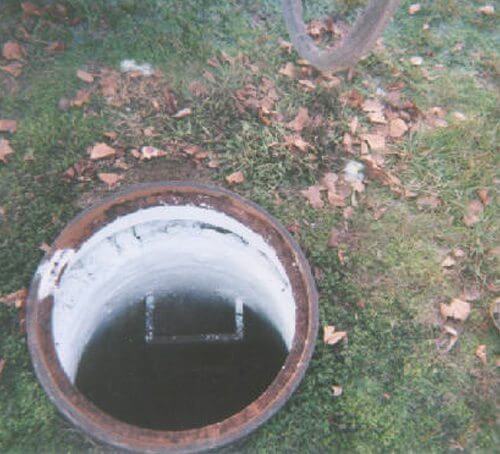 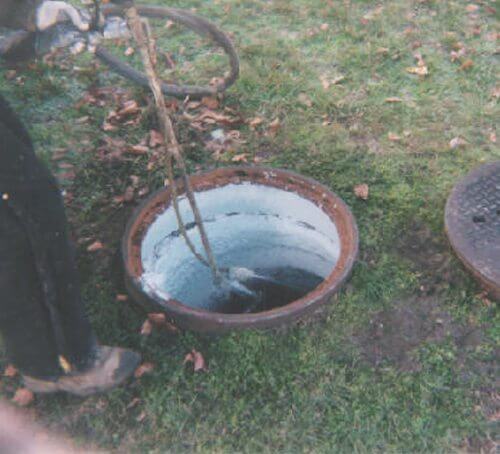 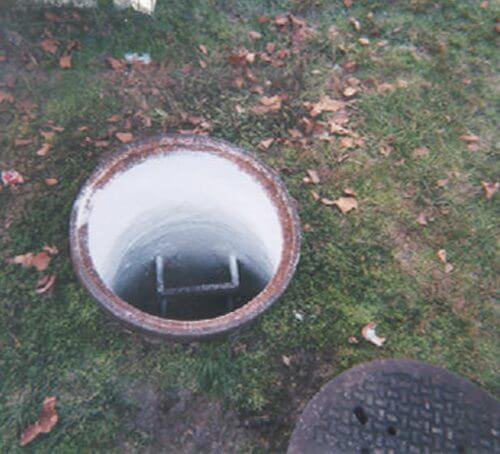 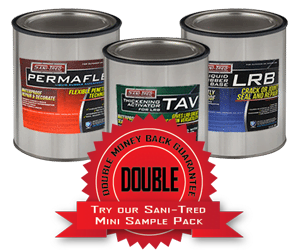 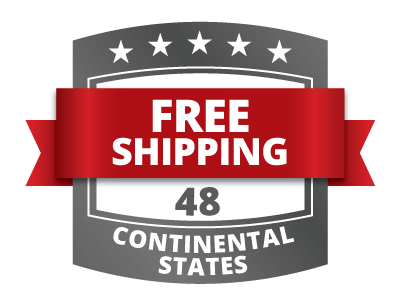 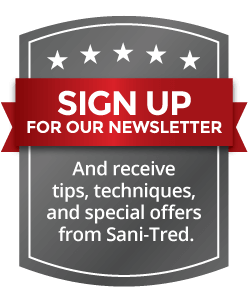